Home
Gaming
How Is Maths Used in Video Game Designing?

Underneath all of your favorite games’ unique character movements, clever opponents, and enjoyable game mechanics comes one thing: mathematics.

Mathematics is the bedrock of any game and is required to work as intended by the designers.

This does not just apply to massively multiplayer games like Middle Earth: Shadow of Mordor and its Nemesis enemy generation technology.

Even Pac-Man uses mathematics to determine how the enemy ghosts travel and how long it takes for them to regenerate after being eaten.

Even Pong, possibly the most straightforward game ever created, relies on algebra to control the paddles’ speed and the ball’s movement.

How Is Maths Used In Video Game Programming?

While math is beneficial in game development, programmers utilize it to build the characters, mechanics, and more.

An absence of math would prevent programmers from making even simple things like movement possible in a game.

Using variables, vectors, and more, the game code directs Sonic to run slowly when the player barely pushes the D-pad, run faster when at a complete dash, stop totally when he runs into a solid object, and run move differently when submerged.

You can see why a game that doesn’t have any code or arithmetic is merely art.

Moving water and physics can be simulated in video games, but they can also give something impossible in the real world.

The feeling of stepping through portals can only be experienced in Portal and Halo, respectively, and only in Halo can we use an Energy Sword to impale a foe at breakneck speed.

Expect math to be your most important tool for designing worlds that players will appreciate thanks to addictive gameplay that not only performs as intended but is also enjoyable.

What Maths Equations are Used in Video Game Designing

When it comes to interconnectivity, video games and math are on par. Everything you do in-game is based on mathematical computation.

With the help of computer programming, we can cut out the time-consuming math that would otherwise take us hours to accomplish. In the absence of mathematics, games would not exist.

Physical action is guided by mathematics in some form or another, from running to jumping to flying to diving.

Numbers are the driving force behind our society’s progress. The same may be said for video games’ use of mathematics. We couldn’t program or make games if it weren’t for all of those 1s and 0s.

By “limits,” we mean the restrictions that games impose on their players. Since continuous means an unending stream of data, discreteness is the exact opposite of that. We need discreteness in games to keep the game contained and to construct it.

Game math relies on geometry, a branch of mathematics concerned with three-dimensional space’s qualities, shape, and scale. Based on the principle of right-angled triangles. Almost everything we see in video games is made up of geometric shapes.

An understanding of where an object is located in space and time is necessary. To designate the coordinates where the object will occupy space, we use a variety of numbers.

All of this is a computer’s way of repeating itself. In-game development is a critical role to play. You can’t have long pauses in gameplay, so you’ll need to break it up into smaller chunks and make sure they all work.

Physicists, mathematicians, and computer scientists are all involved with video games in a variety of ways. For example, in games, whether you’re playing baseball or leaping over an obstacle, you’ll notice that the gameplay mechanics are an essential part.

These are not video game cheat codes. When it comes to programming, cheating takes shortcuts to make our life a little bit easier. This is a mathematical technique for making complex problems more uncomplicated.

Enemy characters employ various algorithms to react to the player’s presence, collectively referred to as “intelligent motion.” Acceleration, velocity, and position all impact how an enemy responds to a targeted object.

As you may have guessed, pitfalls are anything in the coding process that can cause problems with your code and game. ‘Penalties’ These are coding errors that were not intended to be there.

What Are the Most Significant Components Of Math In Game Development?

Smaller and less visually challenging games, such as those found on popular app stores or websites, are often designed using trigonometry and algebra alone.

The following are some of the most often used fields of mathematics in video game production nowadays.

Open-world games, first-person shooters, and graphics-heavy RPGs employ a wide range of math techniques, and here are some examples:

How Much Math is in Video Games Programming

Each and every game relies on mathematics in order to function as intended by its creators. A video game can’t have rules until you study and use the arithmetic that underpins it.

There are a lot of regulations in video games to keep things running as intended when you think about it. Having no math means that Mario keeps floating up after jumping, the bullets in Call of Duty shoot in odd directions, and even your favorite character in Angry Birds moves in inconsistent ways, if it moves at all.

So, Why Is Math Important in Video Gaming?

Mathematical understanding and expertise are critical in the design process of games. It demonstrates which subjects are essential to programming game ideas and to what degree they may be used in this context.

Examples of well-known games are used to illustrate how the term is used. Mathematical tools for game creation may still be learned by amateurs without a background in the subject, as long as they have access to online resources that provide courses on the subject. 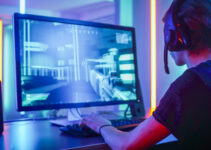 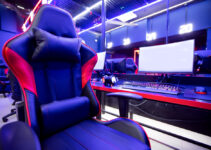