Home
Gaming
Who Are the Strongest Video Game Characters

Everything is possible in the world of video games. From a village goose to the gods who save the world, you can be anything you want to be. As a result, we have a soft spot for characters who wield tremendous authority. Is there anyone more powerful than the others?

That’s what we’re going to try to do with this list. We’ve considered other people’s lists and reasoning, but we’ve also added our unique perspective on the strongest video game character.

It’s possible that Alex Mercer isn’t the strongest video game character on this list, but he’s undoubtedly the most vicious. While working on a strain of the Blacklight virus, Mercer became an extraordinarily resourceful and brutal one-person army after becoming infected.

This means that Mercer can take on all kinds of enemies, and he does so in a very efficient manner. As a combatant, Mercer has a wide range of abilities that allow him to be effective in close-quarters and long-range combat. Any part of him can be used as a weapon, thanks to his shapeshifting abilities. He has numerous superhuman attributes such as speed and endurance, which make him nearly impossible to defeat using conventional techniques.

In the Doom universe, a playable character is known as “Doomguy” is known as such, even though he has never been given an official name. A dreadful mission awaits Doomguy: battling the forces of hell alone on Mars. Most people’s trucks don’t have enough room for all of the tools he needs to get the job done, but this guy has enough space for everything he needs to get the job done without breaking a sweat.

The demons have no chance against Doomguy, who can take out even the toughest foes with just his bare fists.

Since Kratos is a god of war in the literal sense, he has killed so many gods that it came close to wiping out the entire pantheon. It wasn’t just Greek gods that he decimated: He also wiped out most of the Norse pantheon of gods.

He is armed with a variety of devastating weapons, including the Chaos Blades. Nothing can stand in his way, not even a mythical monster, titan, or even another god, thanks to his superhuman speed and strength. Thanks to the character’s immense power, Kratos’ games can be completed with a single button press.

Dragon Ball’s main character Son Goku (Kakarrot), was created by Akira Toriyama in 1984 and is the series’s protagonist. Aside from flying and teleporting at supersonic speeds, he has a wide range of other skills thanks to his heightened reflexes and a Super Saiyan transformation that boosts strength, speed, and durability.

Kakarrot is his Saiyan name, and he is the son of Badrock and Gina. His real name was supposed to be Kakarrot. Raditz was Raditz’s brother. Gohan, Goku’s grandfather, took care of him when he arrived on Earth. Because it was a full moon when Goku killed his grandfather Gohan and then turned into an enormous ape, he didn’t comprehend what he’d done until much later.

Kirby isn’t precisely the cuddly critter you’d expect him to be based on his appearance. There are numerous Kirby games, and he’s the most powerful character in each one. As long as Kirby is fresh, he has an infinite supply of strength.

Kirby can absorb the powers of any foe who gets in his way and add them to his own. He is able to take advantage of his adversary’s strengths and do so more effectively. Kirby is also capable of freezing time and surviving in zero-gravity environments. No one can do anything to stop him.

Anyone who stands in his way sees him as a limitless monster who devours entire races of people. He may look like a fluffy pink cutie.

Asura’s Wrath’s protagonist is one of the most powerful characters in video games. Deity-killer: He’s a demigod and demi-god, and he takes vengeance on the gods of cities and planets.

For those who have seen the Dragon Ball series, Asura’s strength is derived from his rage, which is based on the series. Even a warrior like Kratos, driven by anger, would be overwhelmed by Asura’s ferocity.

There are a lot of powers in Bayonetta’s arsenal. Traveling through space and returning to Earth is a breeze for her because she is an immortal. Skyscrapers and tanks do not match her superhuman strength, which she displays by tossing them around like frisbees.

She can also summon demons, shapeshift, and manipulate time, to name just a few of Bayonetta’s many abilities. After her battle with Jubileus, she’s shown that she’s strong enough to take down a god. In addition, Bayonetta’s powers have no time limit, making her even more potent than Dante from the Devil May Cry series.

Even without her Power Suit, Samus Aran’s design is instantly recognizable. Samus’ place on this list is heavily dependent on the use of her Power Suit, despite her athletic and physical prowess.

The suit acts as Samus’ primary line of defense and protection, allowing her to change forms, apply upgrades, and traverse a variety of potentially deadly situations. It is her primary weapon of choice, both in terms of defense and offense.

9. Dante – The Devil May Cry Series

Dante is a supernatural being, able to freeze time, withstand countless slashes and stabbings, and withstand a punch from demons 100 times his size. Without causing any physical injury, he has been known to extract the souls of his adversaries (which allows him to kill things that cannot die). He can master a weapon in a matter of seconds, like the Master Chief.

Star Wars: The Force Unleashed, an action-adventure game featuring a new protagonist known as Starkiller or his birth name, Galen Marek, was released in 2008 for all major platforms at the time. To carry out Vader’s plan to overthrow the Emperor, Darth Vader raised him as a secret apprentice

In the first game, he defeated four Jedi in hiding, Vader, and even the Emperor in combat. He was able to take advantage of his opponents’ weaknesses because he had mastered all seven styles of lightsaber combat. His Force abilities were also godlike, as demonstrated by his ability to pull a Star Destroyer from the sky. The Starkiller character has been removed from canon since Disney took over the franchise. 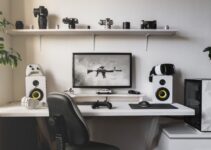